I was very happy to have this poem published in the February Issue of Ghost City Review. This particular poem came about because I had some realizations centered around my meditation on the Hindu Goddess Kali. I have been using the same pack of ‘goddess cards’ for 14 years or so, and whenever I drew Kali in the past, I was fearful of her. The severed head she holds and the necklace of skulls are those of demons; she knows how to conquer evil and get shit done, but I always took her meaning to be destruction and endings. My more mature self began to see her in a different light, especially after reading an autobiography recently where Kali’s role as this person’s Divine Mother was detailed.

Click here to read the poem at Ghost City Review. 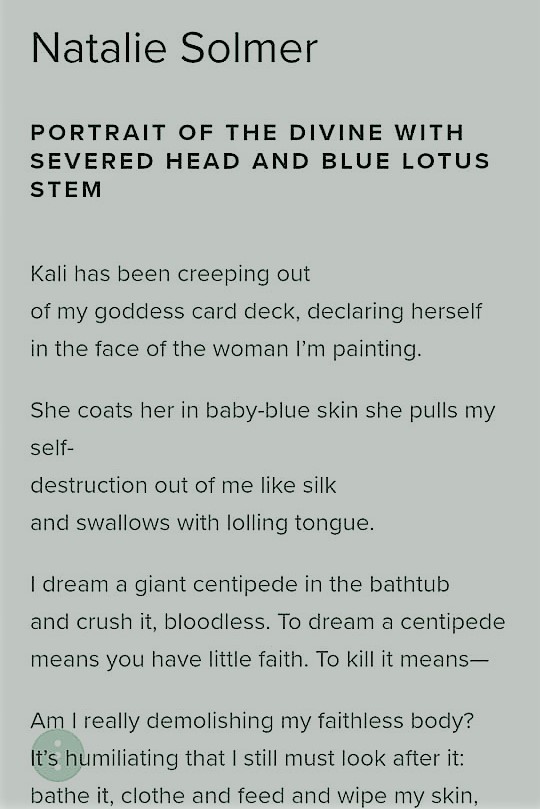